Lyme Disease: An Epidemic No One is Talking About

In the United States, Lyme disease is caused by the bacterial spirochete Borrelia burgdorferi and is transmitted by the bite of an Ixodes genus tick (deer tick or black-legged tick). Ixodes scapularis is found in the Eastern United States while Ixodes pacificus is found in the Western United States. These ticks are commonly found on deer, mice, and dogs and can migrate via these animals. Less common vectors include reptiles and birds. Transmission most commonly occurs in the late Spring and Summer months (May-August), however, warmer climates such as California can occur year-round.

Why should you care about Lyme disease?

Common myths and misconceptions around Lyme disease have led to decreased awareness and confusion in the general public as well as within the medical community. If not treated early, Lyme disease can become seriously debilitating. That is why awareness of the condition and preventative approaches are so important.

The bull’s eye rash is not a prerequisite

Many people, including some providers within the medical community, think that Lyme is only present if you see a “bull’s eye rash” (or Erythema migraines). This rash has a red center surrounded by a clear ring with a red circle around it. They can be very small or spread and measure up to 12 or more inches across. It was previously thought that Erythema migraines appeared during the initial onset of most Lyme disease cases, however, more recently Lyme researchers and clinical specialists estimate that it only appears in less than 30-50% of cases. 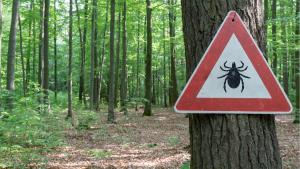 Lyme disease used to be known for its high prevalence in New England and the upper Midwestern United States, most commonly reported in Connecticut, Delaware, Maine, Maryland, Massachusetts, Minnesota, New Hampshire, New Jersey, New York, Pennsylvania, Rhode Island, Vermont, Virginia, and Wisconsin. Cases are sporadically reported in California, Oregon, and Washington. However, due to the under-diagnosis of Lyme disease, decreased awareness, and frequently indistinct presentation of the condition lacking a bull’s eye rash, we cannot rely on diagnosis reporting to truly understand the prevalence of Lyme.

The truth is, deer ticks are found in nearly every state in the United States as well as Europe, Asia, parts of Africa, and South America. Species migration, human travel, and vertical transmission from mother to fetus all complicate the geographic specificity of Lyme disease risk. At this point, it is safer to disregard any geographic consideration whatsoever in order to accurately identify a patient with Lyme disease. However, for a variety of reasons, the medical community at large seems to be very slow to catch up to this reality.

If you spend time outdoors, you are at risk for Lyme disease

Ticks are not only found in the woods. They hide in tall grasses, in leaf piles and on brush, on woodpiles, areas of little tree cover, grassy fields, along walkways and trails, and other areas. We have had numerous patients find deer ticks and deer tick bites on themselves while in places you might not expect, such as inner Seattle city areas, the beach, nearly every state in the country, Europe, and all over the world.

The bottom line is: if you and your family spend time outdoors, you, your children and your pets are at risk. Children ages 3-14 are at the highest risk because they’re low to the ground and often rolling around in the grass, and exploring the woods. Pets can develop complications from Lyme if not detected early, as well as bring the ticks into the home to then infect your family.

If Lyme disease is treated immediately with either herbs or antibiotics, there is a higher chance of complete recovery. Still, around 10-20% of patients will go on to experience persistent symptoms.

Why should you talk to a Naturopathic Doctor about Lyme disease? 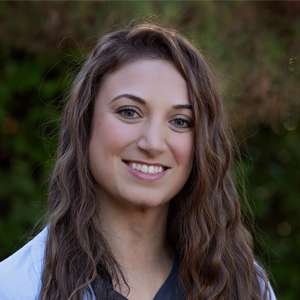 Dr. Marian is Holistique Medical Center’s associate naturopathic physician. She is passionate about identifying and treating the root cause of complex chronic illnesses. She believes everyone deserves to live each day as the most vibrant and authentic version of themselves, and only by addressing the root cause of illness can true symptom relief be obtained. Dr. Marian received her Doctorate of Naturopathic Medicine from Bastyr University in Seattle, Washington. In addition to the core naturopathic curriculum, she completed advanced training in pediatrics, gynecology, cardiovascular disease, diabetes, detoxification, genomic medicine, IV therapy, and neural therapy. Prior to her doctoral studies at Bastyr University, Dr. Marian received a Bachelor of Science in Chemical Engineering as well as a Master of Science in Environmental Engineering from the University of Washington. Maria also has five years of experience in biomedical and engineering research. She enjoys attending conferences and seminars regularly to stay absolutely current in her areas of specialty. As a research technician at Benaroya Research Institute at Virginia Mason, a non-profit international leader in immune system and autoimmune disease research, Dr. Marian contributed to important research in characterizing the underlying pathology of a rare condition of accelerated aging in children. Dr. Marian’s passion for understanding the human body fuels her clinical work, and in turn, her clinical work inspires her dedication to lifelong learning.

Thanks for subscribing! Please check your email for further instructions.

Something went wrong. Please check your entries and try again.

We respect your privacy. Your information will never be shared with third parties.