“O FRIENDS! Abandon not the everlasting beauty for a beauty that must die, and set not your affections on this mortal world of dust.” ~ Bahá’u’lláh

A Case of Breast Implant Illness

A beautiful 51 year old business woman came to me a several months ago. She kept an active and busy lifestyle despite feeling sick with a multitude of unusual symptoms. Chronic pain, depression, lyme disease, immune deficiency, brain fog, joint and muscle pain, recurrent abdominal symptoms, recurring shingles, and chronically fatigue were dismissed by multiple doctors she had seen . We began to “peel through the onion”, layer by layer. As we identified and treated the different infections, nutrient deficiencies, metal toxicity, immune deficiency, scars, emotional stressors, hormonal imbalances, she became healthier and healthier but was not quite a 100% yet.

Finally, after several months of persistence, we got to one of the deepest layers, the root cause of her chronic symptoms. Joanne had actually been the victim of breast implant illness. She didn’t know her implants were leaking nor that she was having a reaction to them. Even her surgeon dismissed the leakage on examination. Nevertheless, we diagnosed her with breast implant illness and we knew she had no choice but to get them out if she wanted to feel better, reverse her symptoms, and start healing. Her breast implant illness had robbed her of achieving her potential. at least temporarily, and it was now time to help her achieve her best. In her own words, she shares her story…

I had a time-bomb inside my body, one that with every passing day was slowly killing me. My vitality and desire for life was draining away.

I don’t know when it happened, and I wasn’t quite sure what happened, but I was in trouble with my very existence challenged. A myriad of illness’s and symptoms that made no sense, unconnected and fragmented I would stop mid-sentence and not know what I had said, re-read sentences twice before I can make sense of it, rashes all over my body in a somewhat random fashion, weekly illnesses like colds, sinus infections, repeated doses of shingles, lack of motivation, and worst of all a surge of boiling anger within, plus more.

I visited so many doctors, specialists, healers etc., I was beginning to feel like they thought I was going mad. I too, started to think I was going mad as most of my test results where normal. No-one could pick up what was killing me, least of all me.

My last stop in desperation was Dr. Darvish. We began “peeling the onion” until we could find out what was happening. Just being able to spend more than 5 minutes with someone who wanted to hear about what was going on, felt like a luxury. During one conversation as we were looking at yet another angry red rash across my body, and an angry purple rash on my breasts, I mentioned that I had breast implants.

Interestingly enough, I hadn’t mentioned that I had breast implants when I first attended Holistique. Why? Because I wasn’t sick, it was not an illness, it was just plastic surgery, so it did not even occur to me to mention it. I had normalized it so much and believed it was so safe that it was not even on my radar.

From that minute onwards my life changed.

I had suffered a rupture in my right breast implant (Mentor 300 silicon), after only 3 and half years. I was leaking poison into my body and my immune system was so busy attacking my implants as foreign objects in my body, trying to spit them out, that I had no defense anywhere else in my body.

I began 10-Pass treatment along with a major detox immediately after surgery and I am at week 6 now with more energy than I have had since I first put my breast implants in.

I admit it, I am a victim of the beauty myth, that we all have to look beautiful to be beautiful. I am not over it yet, but every-day I am gaining my body back, and speaking out loud about the horror of my experience. My learning is to share is that there is a difference between something that is safe and something that is good for you. I owe my life to figuring this out in time.

Thank you Dr. Darvish for taking the time to hear my stories, to work with me and not against me, to believe what I had to say and most of all for having the courage to do the work you do, persevering until the root cause is found.

Patchworking our bodies to be who we think we should be, does not make us pretty; it kills us.”

Joanne is feeling great. The best she has ever felt. She now has more energy than ever, no brain fog, no abdominal symptoms, no pain, and no unusual rashes. She is looking more gorgeous and more confident without the implants. She is now healing from breast implant illness and is on her way to achieving her true potential. The next step is PRP therapy...

Thousands of women suffer from breast implant illness and are unaware, and instead are prescribed anti-depressants, sleep medications, anti-anxiety pills and pain killers. It’s time to make a shift! 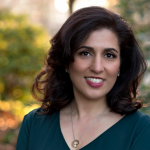 Thanks for subscribing! Please check your email for further instructions.

Something went wrong. Please check your entries and try again.

We respect your privacy. Your information will never be shared with third parties.